It was in 1340 that the Ottoman Turkish hordes passed the Hellespont and plundered, killed, and looted the Byzantine Greeks of Eastern Thrace. Some families from Kardia, in order to save themselves, left their native village by boat, and after many adventures, deprivations, and sufferings, reached the village of Alika in Mani, where they decided to settle.

Among the fugitives there was a young orphaned boy named Michalis, whose family was killed by the Turks.  Since in Mani there is a custom according to which, an orphan that has no family is believed to have a black (mavro) fate, thus Michalis was renamed Mavromichalis (literally Black Michael). 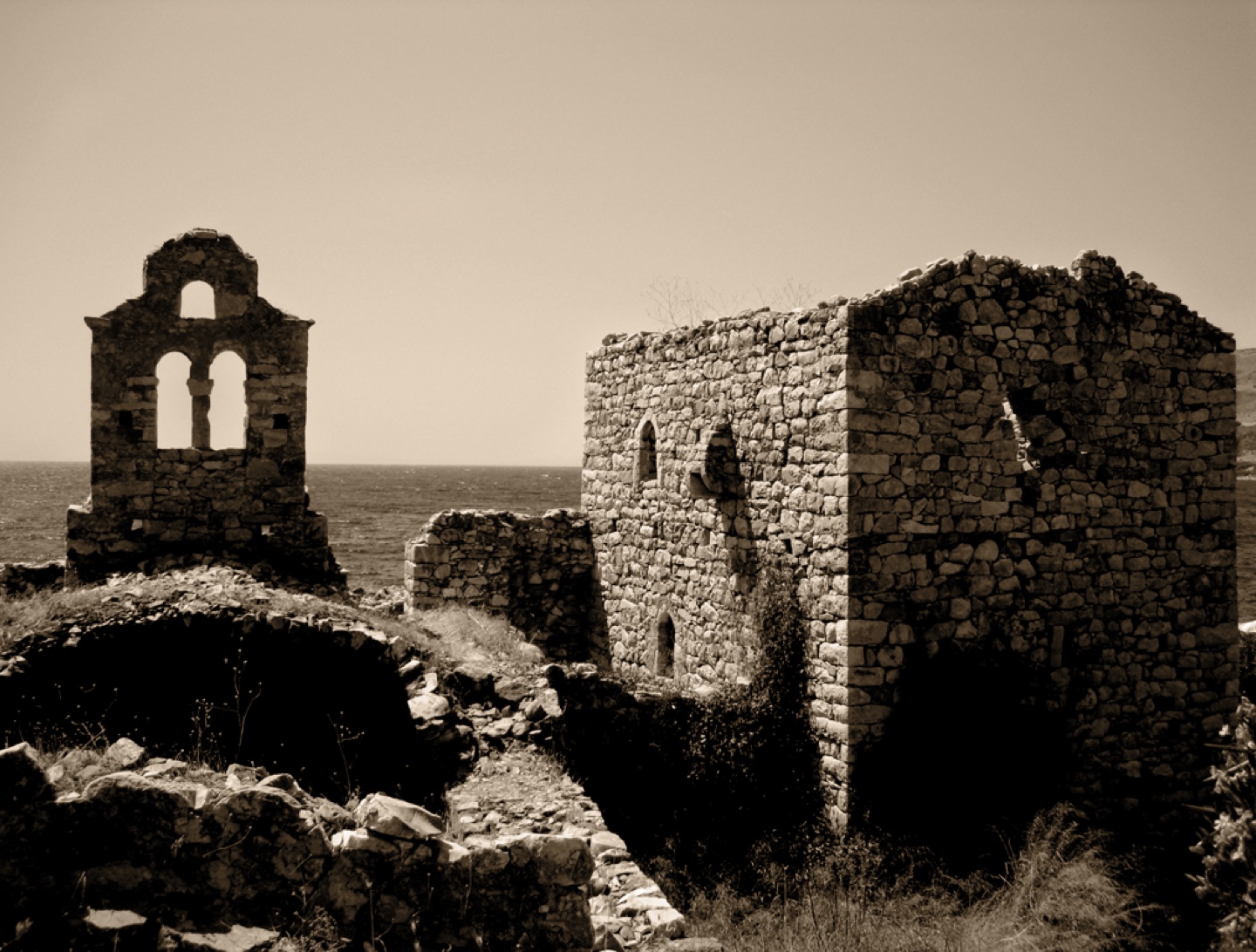 It appears that this poor orphaned boy grew to be a man of great strength and honor, with an affable nature, who had earned the respect of all his countrymen.

He thus married a local landlord’s daughter and had four sons: Georgios, Pierros, Ioannis and Konstantinos. From this generation emanated the four related branches of the Mavromichalis’ family.  Georgios was the only one to keep the family name, whereas from Pierros emanated the last name ”Pierrakos”; Ioannis, the clan name ”Yiannakos”; and from Konstantinos, the clan name ” Voidis”. An 18th century descendent of Georgios Mavromichalis, became known as Georgakis (or “little George”) and was better known by the Byzantine title of Exarhos (or, in English, Governor of Mani). Georgakis married a fair skinned, blond haired, green eyed maiden of unspeakable beauty and charm. And because of her foreign origin, she spoke no Greek, so local myth has it that Georgakis enchanted and married a Nereid (a fairy of fountain and cave) by stealing her scarf.

The Nereid and Georgakis had two sons.

Ioannis, known as Skiloyiannis for his prowess and doggedness in battle, and Pierros. Skiloyiannis was the fallen hero of the so-called Orlov Revolt of 1770 in which the brothers Orlov, at the behest of Katherine the Great of Russia, conspired, along with the Mavromichalis family to throw off the Ottoman yoke.

Peirros, the second son of Georgakis and the Neried, was the father of Petros (who eventually became the Bey or “prince” of Mani, and was thus better known as PetroBey), Kiriakoulis, Ioannis Katsis, Antonios, and Konstantinos.

On March 17, 1821 Petrobey raised the first flag of revolution in the town square of Tsimova: A simple blue cross on a white field emblazoned with the words of the family crest, “Niki H Thanatos”, Victory or Death.  At the head of an armed force of some 2500 patriots, Petrobey, along with his brothers, uncles, sons, and cousins, attacked and captured the Castle of Kalamata.  Mani, which had never been conquered and occupied by Turk, Venetian, or Frank, thus led the way for the rest of the Greek people to seek their freedom.  Even today, you will see this freedom loving spirit alive and well in Mani, just as you will see our flag still waiving in the cool breeze, urging us still to “Victory or Death”.